Kay Karssemakers of the Husqvarna SKS Racing NL team is maintaining his spot in the EMX125 European championship top three. Last weekend, he collected consistent scores during the EMX125 round at Arromyolinos in Spain, and is currently third in the championship standings. Teammate Cas Valk is still unwell and opted to sit out the round and recover fully before resuming his campaign.

Kay had difficulty in posting a full lap during the free training session, but his individual sector times pointed towards good pace. He was confident going into the qualifying session, and indeed posted two quick times, which earned him the sixth starting gate. 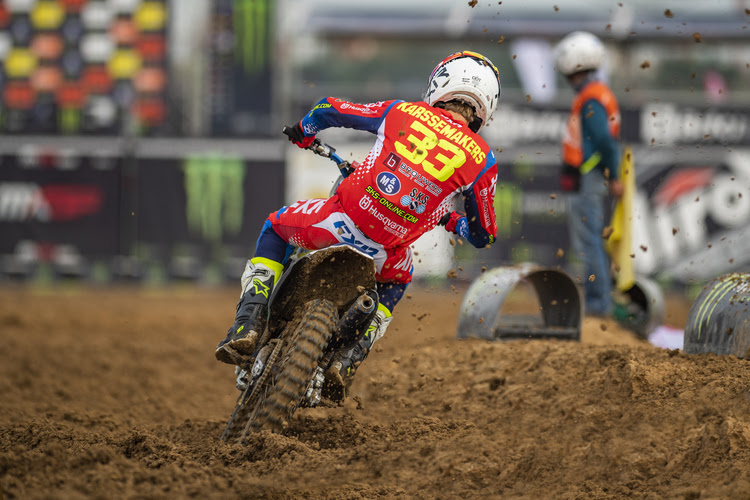 Kay got away decently in the first race, but battled to find a good rhythm, and got no further than eighth. A worse start in the second race saw him in an initial 12th position. “The riding did not go great initially, but I quickly got up to eighth again,” he said. “I kept that for a while, and posted my fastest lap towards the end of the race. That got me to fifth. The late burst was good, but sadly came a bit too late in the race. It’s a pity, because I expect more of myself, and I can do it. We collected important points, though, and we will take the positive points to the next round of the series.”

Kay was fifth overall for the event, and is now third in the championship standings.

Lynn Valk came from outside the top ten in the first WMX Women’s wold championship heat to eighth. In the second race, she enjoyed a strong early phase, but crashed on a jump whilst lying fifth. She lost a lot of places as a consequence, but remounted to finish 15th. Her second heat crash kept her down to tenth overall for the day. She is currently seventh in the world standings. 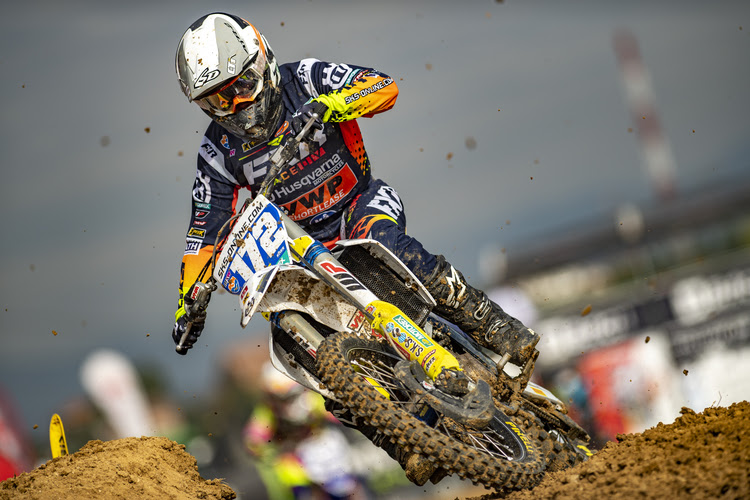 The EMX125 series continues next Saturday at Arco di Trento in Italy. This event will also host the final round of the WMX world championship series. 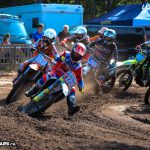 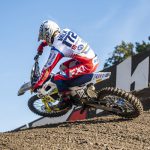