The team and Lars have achieved some notable successes together, most notably a top five finish in the Dutch Masters 500, an Open Dutch Championship title, 14th place in the MXGP of Valkenswaard, and sixth place in the notoriously challenging Le Touquet beach race, where more than 1000 racers compete.

The last achievement in particular caught the eye of many team owners. A combination of a bike optimally prepared by 4 Stroke MX Service, lots of testing, Lars’ fitness and riding talents brought a remarkable result for a relative outsider among the professional beach race teams.

As a result, Lars was approached by a professional beach race team. Although the Husqvarna SKS Racing NL team participates in a few beach races, this is not their main focus. Lars would like to take on this new challenge, though, and after discussions, the team agreed to release him from his contract.

Lars will be focusing on the international beach race championship series with his new team as from September.

Team owner Toine Uijttewaal commented: “We’ve had a fantastic run with Lars and are happy to have contributed to the development of his motocross career. We are motorsport lovers first of all, and do not want to stand in his way. We are happy to allow him to pursue this opportunity within a specialised team.

Lars will appear in the colours of the Husqvarna SKS Racing NL team for in two international events on 26 July at Arnhem and 2 August at Axel respectively. We wish Lars every success in his new challenge from the entire team, and thank him for the fine memories. “

Apart from the two international events, the team is also in preparation for the start of the Open Dutch Championship series at Boekel. 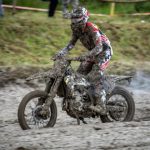 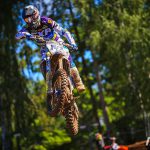